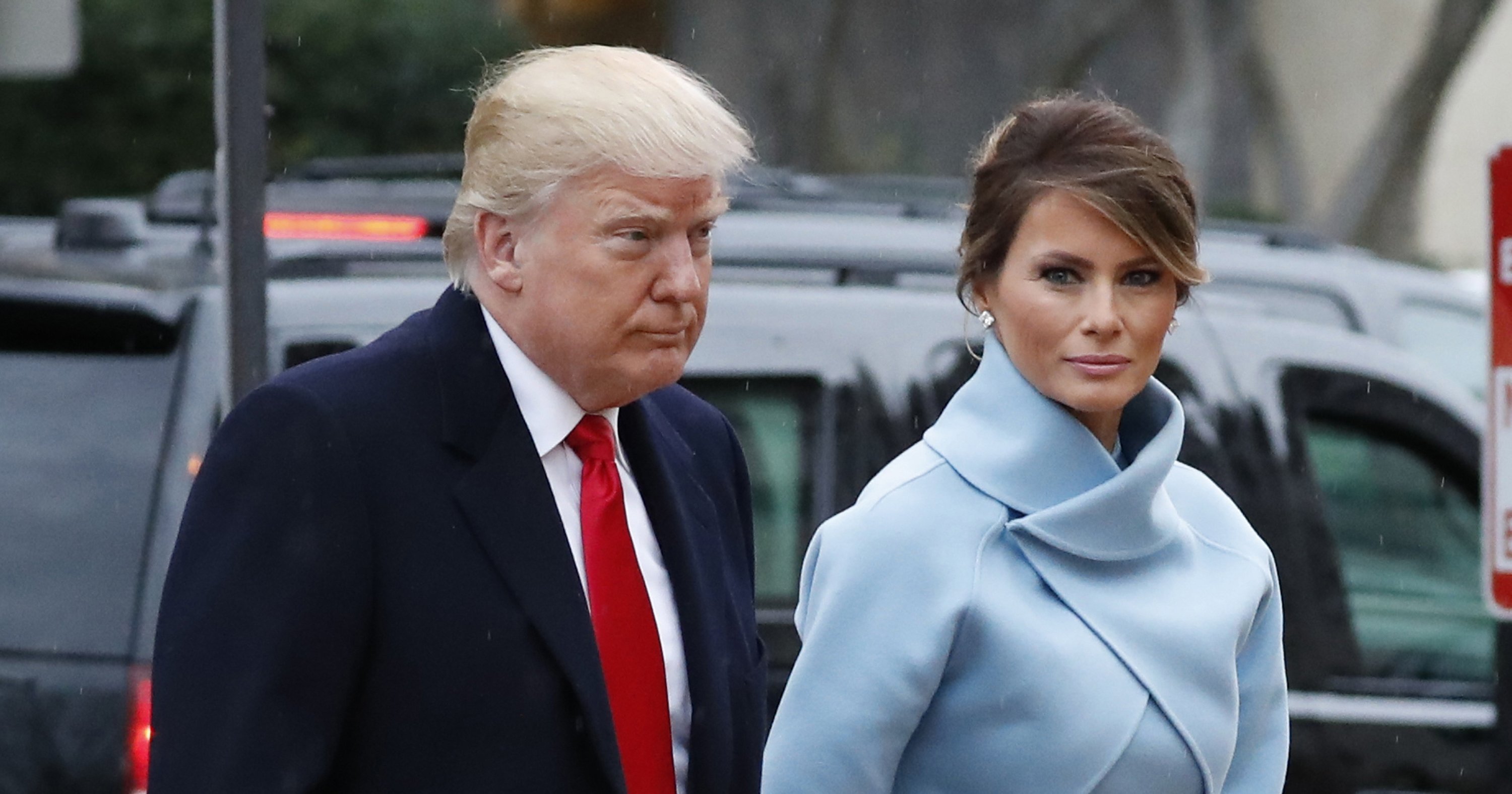 The former model goes with an all-American favorite to become First Lady.

Today is a historic moment in American history and one major player in marking the occasion is First Lady Melania Trump.The first immigrant to serve as First Lady since Louisa Adams (wife of John Quincy Adams), Trump showed her American pride at the inauguration ceremony in a custom ensemble from Ralph Lauren Collection. This wasn’t the first time she has sported one of the nation’s most celebrated designers: She wore Lauren’s black pussybow jumpsuit to the last debate and then an asymmetric version of the look in white on election night. With Hillary Clinton rumored to be wearing Lauren as well, Trump sent a message of unity and togetherness.

The powder blue skirt suit, matching gloves, neat clutch, and stiletto shoes recalled the elegance of Jacqueline Kennedy at the inauguration of John F. Kennedy in 1961. The shape of the suit was certainly a nod to ’60s sophistication: The cocoon-like jacket with 3/4 sleeves and the to-the-knee hemline, paid tribute to Oleg Cassini, a Kennedy favorite.